Hydrocarbons are a class of chemicals that we deal with daily. They are so common, and come in so many forms, that we often forget about some of the more unusual toxic situations that can occur with exposure.

Hydrocarbons are derived from petroleum (gasoline, mineral spirits, kerosene) and pine trees (turpentine, pine oil, pine tar). They can be aliphatic (methane, ethane, propane, butane, hexane), aromatic (benzene, toluene, xylene, phenol), or halogenated (ethyl chloride, trichloroethane, freons). Many (not all) are flammable, and most are non-polar, requiring a detergent for optimal decontamination. Some (benzenes) are carcinogens.

The most obvious danger from most hydrocarbons is their flammability and potential to explode under some conditions. The danger of fire or explosion is so familiar that we sometimes fail to appreciate the other toxic ramifications of these substances once the potential for fire has been mitigated.

All gaseous hydrocarbons and halogenated hydrocarbons can serve as simple asphyxiants, displacing oxygen from the environment. Carbon tetrachloride was a common fire extinguishent in the early 1900s. It worked by creating a dense cloud of oxygen-poor gas at the base of a fire. More recently, halon fire extinguisher systems were used to smother fires with the unfortunate side effect of occasionally smothering people as well. A basement with a 150 gallon fuel oil spill may represent an oxygen-poor environment as well as a potential fire hazard, and people who huff paint or glue experience euphoria from hypoxia in addition to the CNS depressive effects of the hydrocarbons they are inhaling. Most hydrocarbons have considerable vapor pressures, meaning that they can saturate the atmosphere to the degree that they present a significant risk of inhalation. Inhaling an aerosol or fine mist can cause chemical pneumonitis.

People ingest hydrocarbons with some frequency. Intentional ingestion from suicide attempts is less common than accidental ingestion from siphoning gas, inadvertently drinking from a container that contains paint thinner instead of a beverage, and toddlers who inadvertently ingest lamp oil or cleaning solutions. Most hydrocarbons are poorly absorbed in the GI tract, and result in nausea, vomiting, or diarrhea, but rarely fatal consequences. The real danger is aspiration into the lungs during the initial ingestion or subsequent vomiting.

Kerosene, paint thinner, and lamp oil are extremely toxic to lung tissue, particularly the type II alveolar pneumocytes that create surfactant. Hydrocarbon ingestions should be carefully monitored for signs of increasing respiratory compromise for several hours, as wheezing, crackles, and ultimately respiratory failure are common two to eight hours after exposure. Routine aerosol therapy with Beta-2 agonists may be helpful, but severe cases sometimes need intubation and ventilation after what may have initially seemed to be a minor exposure, such as a child who “might have ingested” lamp oil or kerosene.

Pine-based hydrocarbons might also cause an allergic response in some patients, making inhalation or ingestion particularly problematic.

Hydrocarbons are irritating to the skin. While many of us have washed our hands in paint thinner while cleaning up after a project, many hydrocarbons can cause a defatting dermatitis if left in contact with the skin for extended periods. Clothing that becomes contaminated with common hydrocarbons (fuel and solvents), particularly boots and socks, should be changed as soon as possible to avoid burn-like wounds from prolonged contact. Contact with the eyes or mucous membranes should be flushed with copious amounts of water.

Halogenated hydrocarbons in particular, and other hydrocarbons to a lesser extent, can sensitize the heart to circulating catecholamines, making the patient epinephrine sensitive. People exposed to inhaled hydrocarbons in a confined space may exhibit tachycardia, ectopy, dysrhythmias, and even cardiac arrest. Textbooks state that epinephrine should be avoided in such patients, but there is little clinical guidance in how to treat cardiac arrest without using epinephrine. Vasopressin is an acceptable non-catecholamine alternative to epinephrine, but little literature exists to support a specific recommendation. Hydrocarbon toxicity should be considered in tachycardic patients with a suggestive history, particularly young patients who have been huffing paint, glue, or other hydrocarbons. Catecholamine sensitization has been speculated as a cause of sudden custody death in such patients. Beta-blockers have been suggested to treat tachydysrhythmias in the sensitized patient.

Gamma aminobutyric acid (GABA) is a primary neurotransmitter inhibitor. GABA receptors are present on the chloride channels of nerve cells and, when stimulated, allow chloride ions to enter the cell membrane, making it more difficult for the cell to depolarize. The end result is a general anesthetic effect that causes euphoria, sleepiness, and reduced seizure threshold. This may be the feeling that huffers are attempting to achieve, since inhaled hydrocarbons stimulate GABA receptors. GABA receptors also support and enhance the function of other tranquilizer-type drugs, such as benzodiazepines, barbiturates, and steroid anesthetics. Rescuers exposed to hydrocarbons my experience drowsiness and fatigue secondary to GABA receptor stimulation. After the immediate threat of fire has been mitigated, rescuers who continue to breathe hydrocarbon fumes, or who have hydrocarbons absorbed into their boots or gear, are still susceptible to the catecholamine and GABA receptor toxicities of common hydrocarbons like fuel and oil.

Look out for these specific hydrocarbons

Perc is a strong organic solvent that is not flammable making it a good choice for the dry cleaning industry where it is a common chemical. In 1985 the worldwide production of Perc was one megaton. Unfortunately, Perc is probably a human carcinogen, and can cause asphyxiation and GABA-mediated coma during an unintentional release. The primary hazard concern is that Perc is so widely used in the dry cleaning industry that it can be found at multiple locations in nearly every city and town. Less toxic dry cleaning agents are becoming available, but they are more expensive, and Perc remains a ubiquitous hazard that could be encountered by emergency personnel in a variety of common circumstances.

Phenol (also known as Carbolic Acid) is a very common antiseptic agent. It has the unique property of numbing tissue, and in higher concentrations is a skin irritant resulting in painless defatting dermatitis that may progress relatively unnoticed by the hapless victim until they see a growing wound at the point of contact. Phenol is an active ingredient in sore throat sprays and lip balm, but is also an effective embalming fluid and euthanasia agent. Rescuers should proceed with caution around industrial phenol. If skin exposure occurs, it is best removed from the skin with isopropyl alcohol.

Methylene Chloride is a common ingredient in paint strippers and degreasers, which usually carry the warning “use in a well ventilated area.”  It is used to weld and repair plastics, and to create bubbles in bubble lamps and juke boxes. It is also the primary component in “drinking birds.” In addition to being a strong flammable solvent, methylene chloride has the interesting property of being metabolized into Carbon Monoxide by the human body, creating the possibility of a significant carbon monoxide intoxication hours after exposure in a patient whose story may be completely inconsistent with CO exposure from the usual sources.

Many toxic substances are rare, and it is difficult for rescuers to remain knowledgeable about all of the various substances that may be encountered in industry and transportation incidents. Hydrocarbons in their many forms are common chemicals that we work with every day, and first responders should remain aware of the less common side effects of prolonged exposure to their vapors and skin contact. Limiting exposure to fumes and washing with simple detergents will limit rescuer exposure. Vigilant rescuers can recognize the signs of systemic hydrocarbon toxicity in colleagues and patients.

Charlie Bortle is the director of logistics and field operations at Albert Einstein medical center in Philadelphia. He is an active flight paramedic and respiratory therapist in addition to his full time job as an EMS and Emergency Medicine educator. Reach him at Einstein.edu with any questions or comments.
More from Carolina Fire Journal 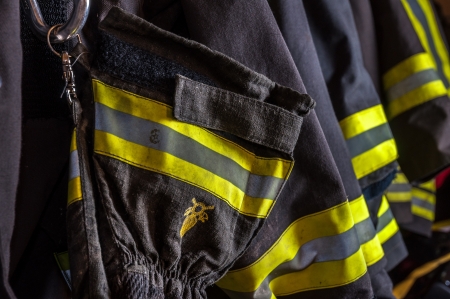